Midgard (mainly known as Earth) is the center realm of the Nine Realms. It is the realm of mortals (humans).

Midgard is a realm in Norse mythology. It is the home of mortals. Midgard is surrounded by a world of water or ocean. The ocean is inhabited by the great sea serpent, Jörmungandr. It is a world between Asgard, the realm of the Gods and Niflheim (Hel), the land of the dead. Midgard is connected to Asgard by the Bifrost Bridge, which is guarded by the god, Heimdallr. Midgard is protected by the thunder god, Thor.

According to mythology, Midgard will be destroyed in Ragnarök, the battle at the end of the world. Jörmungandr will arise from the ocean. He will poison the land and sea. The final battle will take place on the plain of Vigrond. Midgard and almost all life on it will be destroyed, with the earth sinking into the sea. 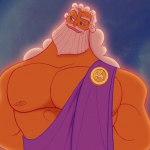